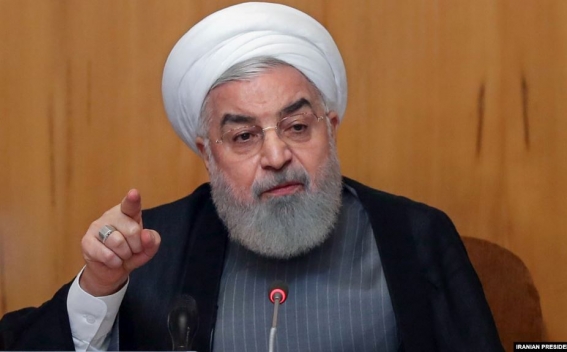 “The Iranian people have again succeeded in an historic test and shown they will not let enemies benefit from the situation, even though they might have complaints about the country’s management,” Rouhani said in remarks carried by state broadcaster IRIB on its website.

Iran has blamed “thugs” linked to exiles and foreign enemies - the United States, Israel and Saudi Arabia - for the protests. The unrest began on Friday after gasoline prices were raised at least 50% and rationing imposed. They quickly turned political.