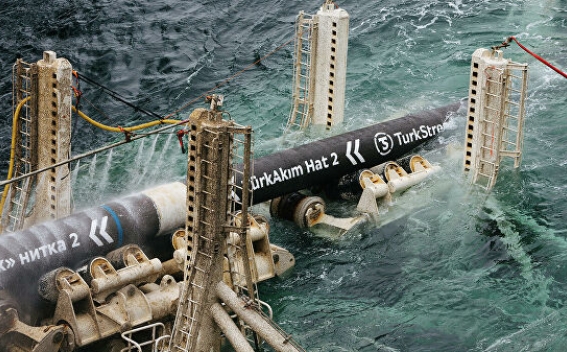 The TurkStream gas pipeline will be launched in Istanbul on January 8, Turkish President Recep Tayyip Erdogan said on Saturday.

"We will give start to one more gas pipeline, the TurkStream, on 8 January in Istanbul," Erdogan said at the ceremony dedicated to the opening of TANAP gas pipeline in Edirne province as aired by NTV broadcaster, Sputinknews.com reports.

The TurkStream is a 570-mile twin pipeline that will run through the Black Sea from Russia to Turkey and is expected to carry 1.1 trillion cubic feet annually. It consists of two legs, one for supplying gas to Turkey and the other to European countries bypassing potentially unreliable transit partners.

The two offshore parallel pipelines will run from Russia's Russkaya CS, near Anapa city, through the Black Sea to Turkey's receiving terminal of Luleburgaz near Kiyikoy city, at which point one of the petrochemical pipelines will continue to the Turkish-European border.