Russia-Turkey Ties Grow Stronger Despite Attempts to Spoil Them: Erdogan 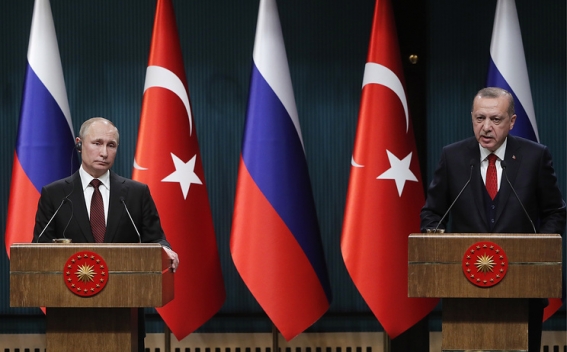 Relations between Russia and Turkey have grown even more stronger, despite some forces’ attempts to spoil them, Turkish President Recep Tayyip Erdogan said on Tuesday at a joint news conference with his visiting Russian counterpart, Vladimir Putin, ''TASS'' reports.

"Some forces tried to spoil relations between our countries. But our relations have strengthened even more. The four agreements between Turkey and Russia signed earlier today will make a contribution to further strengthening of our ties," he stressed.

Ankara and Moscow on Tuesday signed a number of agreements, including in the areas of communications, sports and social policy.