Trump Nearly Forgot Melania by Getting into a Helicopter 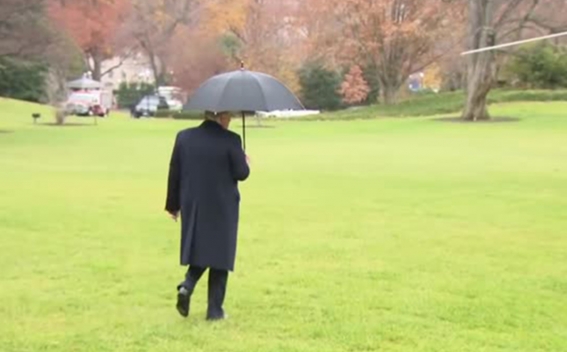 A video has emerged of the American president walking towards the helicopter himself, and just in the middle of the road stops to wait for his wife.

FOX 10 Phoenix on Monday, December 2, published a video in which U.S. President Donald Trump goes to the helicopter himself, without his wife Melania, who was a little late.

Journalists considered the video notable because Trump began to move to the helicopter alone, but about halfway stopped to wait for his wife Melania, who was to fly with him. The authors of the video suggested that the American president simply forgot about his wife.