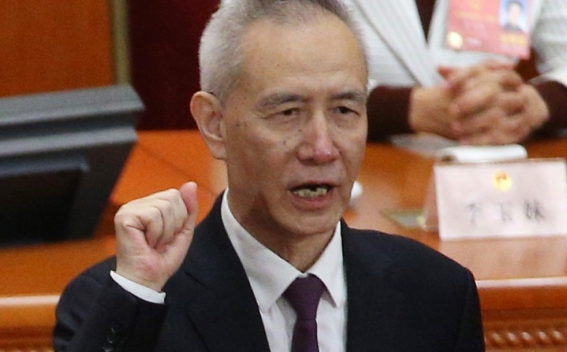 Cooperation is the only correct variant of relations between Beijing and Washington, because both nations will be hurt in case of rivalry, China’s CGTN TV channel quoted Chinese Vice Premier Liu He as saying on Thursday, TASS reports.

"Cooperation is the only correct option, especially in this new era," Liu said during the ceremony to sign Phase One Trade Agreement with the United States in Washington.

"We don't think tariffs are a good solution. Both sides need to solve problems through negotiation," the Chinese official added.

Liu also said that although China and the US have different views regarding trade, both want to solve current problems.

The Chinese vice premier added that the US had made the right choice when it excluded China from the currency manipulator list.

The ceremony to sign the US-China Phase One Trade Agreement took place in Washington on Wednesday. US President Donald Trump and Chinese Vice Premier Liu He put their signatures under the document.

"As the two sides have agreed based on the market demand in China, in line with market terms, Chinese businesses will purchase 40 billion US dollars of agricultural products from the United States annually. If the demand is strong, the companies may buy more," Liu said during the ceremony.

He also said the implementation of the deal, which he said was "good for China, for the US, and for the whole world," was a priority for Beijing.

Liu went on to say that the agreement does not affect the legitimate interests of third states and said both sides should create favorable conditions for signing the next phase of the deal.