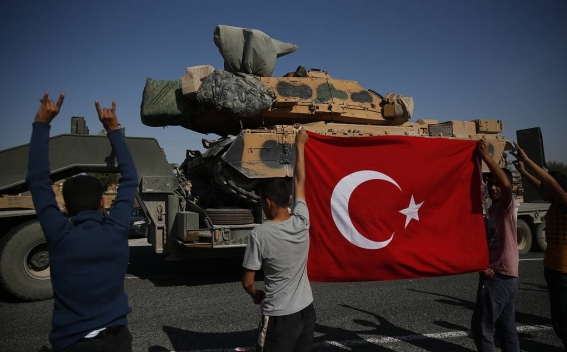 A Turkish military convoy crossed the border with Syria through a checkpoint of Kafr Lusein, located in the north of the Idlib governorate, and is heading to the south, Al Arabiya TV channel reported citing the Syrian Observatory for Human Rights, TASS reports.

According to the TV channel, the Turkish convoy consists of 30 vehicles, including 12 armored vehicles carrying equipment.

The Syrian army’s command launched an offensive in Idlib on December 19, 2019. The forces have liberated 46 settlements in the south and the east of the governorate, regaining control over 320 square kilometers of the territory.

Idlib is the only Syrian region that is still controlled by illegal armed groups. A northern de-escalation zone was set up in Idlib in 2017 to give shelter to militants and their families who were reluctant to voluntarily surrender arms in Eastern Ghouta and in Syria’s southern regions. Twelve Turkish army’s observation points are operating in the Idlib governorate.