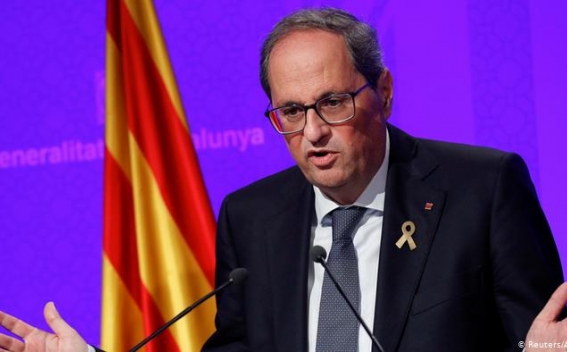 The regional president of Spain’s conflict-riven Catalonia says he will soon call an early election amid splits in his government's unity.

President Quim Torra, who leads a pro-Catalan independence administration, said Wednesday that he would set a date for the election once a new regional budget is approved. The regional government is expected to present the budget to parliament later in the day, ABC News reports.

Torra's statement came days after he was stripped of his lawmaker’s seat by the Catalan Parliament following a court ruling that he had disobeyed Spain's rules on election propaganda.