Trump Says He Might Keep Others from Listening in on Calls 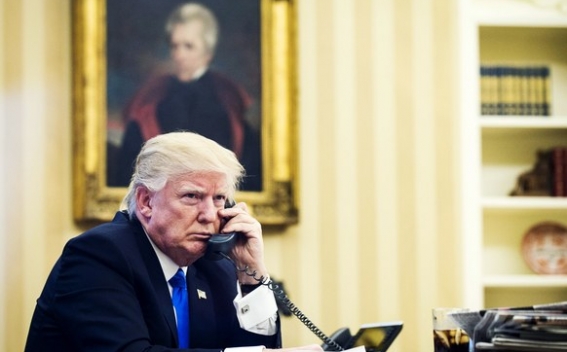 President Donald Trump said Thursday that he might end the long-running practice of letting other administration officials listen in on presidential calls with foreign leaders, Associated Press reports.

“I may end the practice entirely,” Trump told Geraldo Rivera in a radio interview that aired Thursday. Records experts said that was a bad idea, for multiple reasons.

The president’s impeachment stemmed from his July 25 call with Ukrainian President Volodymyr Zelenskiy. Secretary of State Mike Pompeo and White House staffers listened in the call.

As is standard practice in any administration, the staffers, working in the secure, soundproof Situation Room in the West Wing basement, chronicled the conversation. National Security Council personnel then prepared a memorandum about the call, which serves as an official record.

Robert O’Brien, Trump’s national security adviser, said the president can conduct whatever phone calls he wants without other people being on the line.