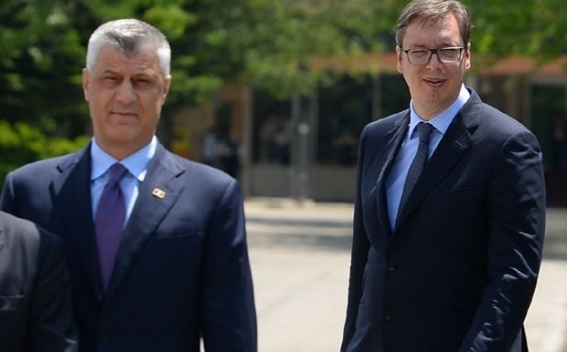 Kosovar President Hashim Thaci says he has met with his Serbian counterpart, Aleksandar Vucic, at the While House to discuss ways to reach a "final agreement" between the two Balkan countries, RFE/RL reports.

In a telephone interview with RFE/RL, Thaci said that there were no specific topics discussed during the March 2 talks, which he described as "a goodwill meeting, a message of peace sent to Kosovo, Serbia, and the Western Balkans."

He also said that both sides welcomed the "leading role" of U.S. President Donald Trump and the "dynamism and leadership" of his special envoy for Serbia and Kosovo, Richard Grenell.

After the meeting, which was attended by Grenell and national-security adviser Robert O'Brien, Thaci wrote in a post on Facebook that the United States "is our hope and our faith. We are forever grateful!"