Karen Bekaryan: We Shouldn't Compare the Quality of NKR Elections with the Ones Held in Azerbaijan 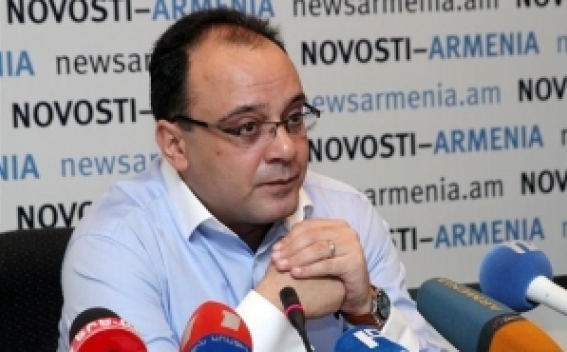 "Nagorno- Karabakh parliamentary elections: their role and importance in the context of foreign policy." This was the topic of today's press conference given by the Chairman of the NGO "European Integration" Karen Bekaryan. He declared that these elections took place at the highest level possible and made a huge step forward.

"These elections have been unique with their competitive format, taking into account that 7 political parties were participating, including some very young ones,"- noted the expert. According to him, there is just no way to compare the quality of elections with the ones ever held in Azerbaijan. He mentioned that instead, we can compare the NKR elections with those held in Eastern Partnership countries or even with any European countries’ elections.

As for the feedback and reactions of the international institutions on NKR elections, especially the OSCE Minsk Group's statement, Bekaryan pointed out that there is a noticeable difference here compared with the group’s previous years statements. "In fact, the announcement acknowledges the role of the people in the process of determining its own future, but notes at the same time that they don’t consider these elections could anyhow affect the final status recognition. But here it is almost clearly formulated the thesis of the Madrid principles, which required the NKR community to participate in its self-determination, that is, we can see the point about recognition," - Bekaryan said adding that it does not matter what kind of statements will be made by international organizations, it should anyway be accepted as a general truth that Nagorno-Karabakh Republic has a high level of democracy, legitimately elected government and to ignore this fact is not possible.

"We see that the NKR political forces, in spite of the disputable issues concerning the internal politics of the country, have very similar approach to foreign policy, which I think is more than natural and quite reasonable, taking into account the unresolved Nagorno-Karabakh conflict,"- the expert said emphasizing that all the parties clearly marked NKR’s return to full negotiations as their top priority.