Kazbek Mansurov: There is One Main Idea - We are All Equal 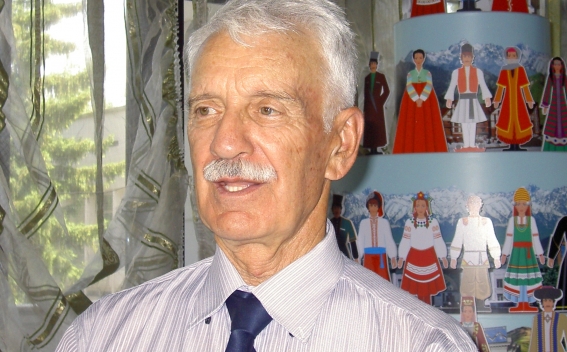 Armedia" IAA presents an exclusive interview with Kazbek Mansurov, Deputy Chairman of the Assembly of People of Kazakhstan in Almaty. The Interview was conducted during the "5th Congress of Leaders of World and Traditional Religions" in Astana in the framework of "Armenia-Kazakhstan: Cooperation Platforms" project, with the support of Embassy of Kazakhstan in Armenia.

- In Armenia, we hear a lot about how representatives of 130 nations and nationalities in Kazakhstan peacefully co-exist. Will you, please, tell how you manage it?

- Let’s start from 1927.  In the city of Verny (the name of our city at that time, which later was renamed Alma-Ata, now - Almaty) 40 ethnic groups were living. Then, already closer to our times, they were about 70, and in 1991 the city had already 120 ethnic groups. In his recent speech, the President of Kazakhstan said that the country is already home to about 140 ethnic groups.

The total population of Kazakhstan is 17,8mln, of which the total number of ethnic groups is 10 million. There is one main idea - we are all equal, we are biologically the same people, but we have a different history, different cultures and different traditions. Thus everyone, regardless of nationality, race, religion is responsible to his people and state.

About 1,5mln people now live in the city of Almaty. This has been a significant city in the history of Kazakhstan, because it is an industrial, scientific, cultural and sports city, this is where a lot of ideas were formed.

Due to the Assembly of People of Kazakhstan the idea of holding early presidential elections in Kazakhstan was formed. This idea was supported at various events, and literally almost 100% of the population having the right to vote, voted for our wise President Nursultan Nazarbayev. This also speaks about that - yes, there is a policy, an economy that help to create conditions for the development and prosperity of our country. I will not be mistaken if I say that this is also due to the fact that on the territory of Kazakhstan immigrants from all over the Soviet Union were displaced.

Kazakhs by nature are hospitable people. They received these men, gave them place to live, fed them with whatever they could. That is the basis for what exists today. Very often in his political speech, the President says that we do not need any chauvinism or local nationalism, because both of them hinders. All are equal before the society, the state, the people.