What Makes People from Azerbaijan, the Country with about 70 Percent Shia Muslims, Join IS? 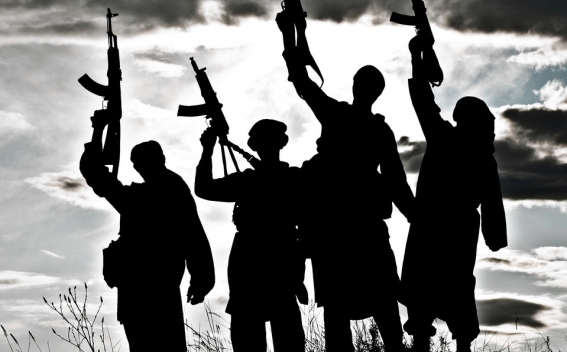 During the last year the information on Azerbaijan’s being the next target of the Islamic State terrorist group in Syria and Iraq has begun to more frequently be disseminated by different media agencies. In July of the last year, the Islamic State’s (IS’s) "Minister of State Security" Abdulwaheed Khudair Ahmed warned that Azerbaijan was going to be the target of IS fighters in the near future.

In his  statement Abdulwaheed Khudair Ahmed particularly noted: "We will punish the communist governments in Moscow, Tbilisi and Baku. Baku’s oil fields belong to the Islamic State,’’ Azeri Daily reports.

Moreover, the IS had committed provocation against the state symbols of Azerbaijan. On social media networks the map and the national flag of Azerbaijan appeared on a black background with the Arabic phrase La Ilaha ill-Allah (there is no god but Allah) written on the seal and Muhammad Rasulullah inside the seal, Alwaght reports.

In October of the same year, during the rally organized by the National Council of Democratic Forces (a pro-democracy movement of Azerbaijan's united opposition), five people have been arrested for waving the black flag of IS fighters. Later the man holding the black flag of the terrorist organization, noted that an unknown man approached him during the rally and gave him the closed flag. After he opened the flag he was surrounded by people, who took him to the police station, Radio Liberty informs. The incident caused active debate among the Azerbaijani public, some of the experts calling the incident "cheap provocation."

In addition to this kind of provocations and accusations, number of Azerbaijanis joining to IS seems to grow day by day. It is important to note that among the Azerbaijanis, who join IS are famous and acceptable figures among the Azerbaijani public. For example, a professional wrestler from Azerbaijan, Rashad Bakhshaliyev, who joined the IS in August of 2015, took his wife and child with him, Foreign Intrigue reports.

In July of this year, nine Azerbaijanis have been sentenced to prison with terms of 15 years for joining the IS.  They  were among the 26 people who were arrested  in September being accused of fighting among IS militants. Among them Vugar Dursunaliyev, not only himself joined the terrorist group but also persuaded his 15 year-old son to join it. Accordingly, he got 15 years in prison, while his son got four years in prison, DNA India reports.

It is hard to say what the exact number of Azerbaijanis  fighting among IS fighters is, but in the media the approximate number circulating is above 200. Before September of 2013, the Azerbaijanis mainly fought among Jamaat of Jaysh al-Muhajirin val Ansar. At first the group was affiliated with the Islamic State, however later because of the change of leadership in the groups the relationships between the two groups became hostile. Already in September of this year Jamaat of Jaysh al-Muhajirin val Ansar swore allegiance to the AL-Qaeda affiliated Al-Nursa Front.

The leader of Jamaat of Jaysh al-Muhajirin val Ansar, Nicat Ashurov (aka Abu Yahya al-Azeri) was considered the face of Azerbaijani fighters in Syria. There were videos disseminated in the Internet, where he was reading statements in Azerbaijani, outlining the objective of imposing Islamic law and calling on listeners to fight in Syria. Ashurov was killed in September 2013, after which the majority of the Azerbaijani fighters left Jamaat of Jaysh al-Muhajirin val Ansar and joined the Islamic State.

Thus what makes people from Azerbaijan, the country with officially 70 percent Shia Muslims, join IS?

One of the main causes is the repressions by the Azerbaijani government on the Salaifists (ultra-conservative orthodoxical movement within Sunni) in the North of Azerbaijan. The Azerbaijani police in the north of the country can arrest, fine, humiliate, intimidate and harass people under the pretext of Salafism. There were cases, when the police forcibly shaved or set to light the beards of Salafists, beat them up and tortured them. This is the reason why followers of this branch in Azerbaijan, especially the young ones become vulnerable to extremist groups. 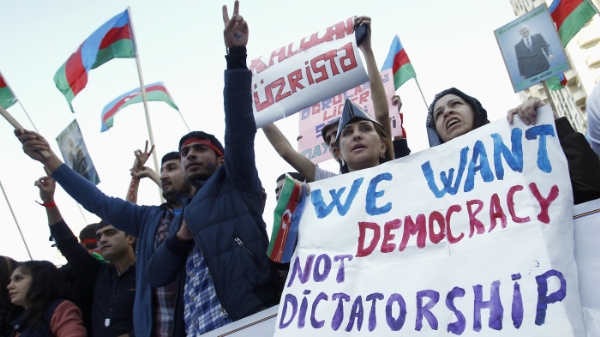 Russian service of BBC referring to the Azerbaijani publika.az cited the words of an Azerbaijani man, who joined the Islamic State. In the interview the man noted:

"We are criticized a lot in Azerbaijani. But there is a reason why we went [to Syria]. That reason can first and foremost be found in Azerbaijan. People don't accept us. The media incites against us and calls us Wahhabis. The cops cut off our beards," the man said.

On the other hand deepening authoritarian regime in Azerbaijan, repressions by the government in general, as well as violations and restrictions of basic human rights also make the Azerbaijani people, and in this case also especially the youth more vulnerable to the extremist groups. In the study paper conducted by the OSCE it is noted that among the Azerbaijanis there is a belief that "more Islam can bring morality to politics."

Among other reasons one can speak of corruption, poor economic conditions of people in the country, especial in the far away villages, loss of identity after the collapse of the Soviet Union, etc.

In spite of the fact that extremist moods in Azerbaijan first of all constitute a real threat to the ruling regime in the country, the Azerbaijani government, at least on the level seen to the public, either does not pay much attention to it, or does not respond to it adequately.  Azerbaijan has introduced stricter anti terrorism legislation, amending its existing law, "On the Fight against Terrorism," which presupposes stricter punishments for those fighting among terrorists.