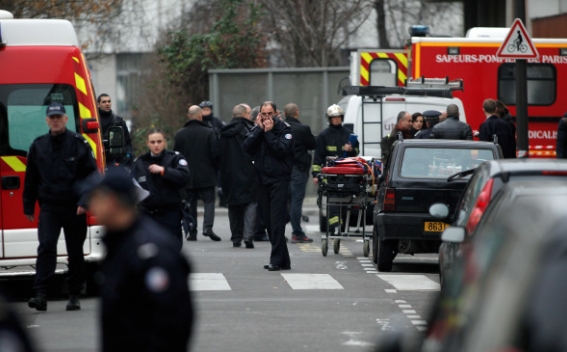 French authorities have identified three terrorists out of seven killed while staging attacks in Paris on Friday. Their relatives have been detained and are being questioned. Unofficial reports suggest one of them was just 15 years old.

Among the identified terrorists who blew themselves up is a French citizen, Omar Ismail Mostefaï (born November 21, 1985). He was raised in Courcouronnes, a poor neighborhood of Paris.

Mostefaï had a criminal record of petty crimes, having been convicted eight times between 2004 and 2010, but never serving jail time.

Omar Ismail Mostefaï used to regularly attend the mosque in Luce in southwest Paris, a source close to the enquiry informed AFP.

Another two identified terrorists are both believed to be Syrian nationals, who entered Europe through Greece several months ago. They are 25-year-old Ahmed Almuhamed, the Serbian newspaper Blic reported, while Le Figaro disclosed Abbdulakbak B, who was born in 1990.