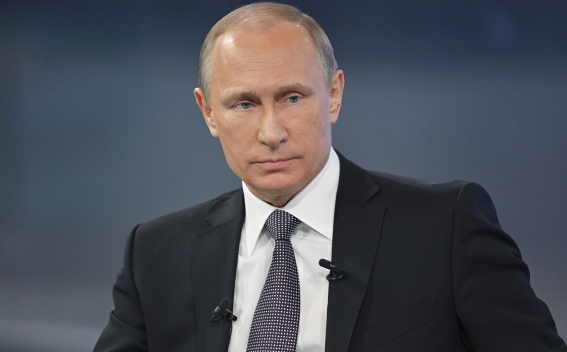 During the talks with King Abdullah II bin Al-Hussein of the Hashemite Kingdom of Jordan, who is in Russia on a working visit, speaking about the Russian Su-24 jet, which was shot down over Syrian territory by an air-to-air missile launched from a Turkish F-16 plane, Vladimir Putin has also announced that a large amount of oil and petroleum products is being supplied to Turkey from ISIS-occupied territories.

''We have long been recording the movement of a large amount of oil and petroleum products to Turkey from ISIS-occupied territories. This explains the significant funding the terrorists are receiving. Now they are stabbing us in the back by hitting our planes that are fighting terrorism. This is happening despite the agreement we have signed with our American partners to prevent air incidents, and, as you know, Turkey is among those who are supposed to be fighting terrorism within the American coalition'', said Vladimir Putin, Kremlin reports.

According to him ''if ISIS is making so much money (about tens or maybe even hundreds of millions possibly billions of dollars ) in oil trade and they are supported by the armed forces of an entire state, it is clear why they are killing people in such gruesome ways, why they are committing terrorist attacks all over the world, including in the heart of Europe''.