Armenian Question and Turkey in 2015 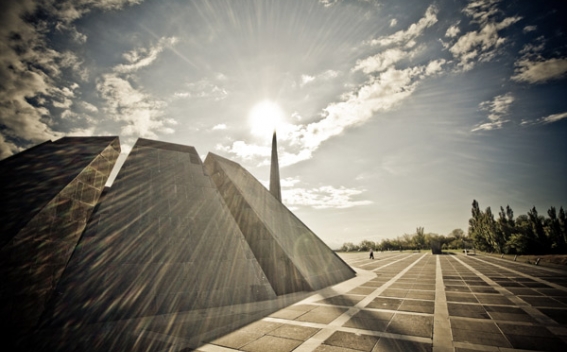 The 100th anniversary of the Armenian Genocide was in the center of Armenian-Turkish relations or rather Armenian-Turkish process in 2015. The events commemorating the memory of the Genocide martyrs and the process of international recognition of Genocide in some way formed the steps of Turkey towards Armenians and the two Armenian states.

Still in 2014, when Erdogan won the presidential elections in Turkey, the RA Foreign Minister Edward Nalbandian handed him RA President’s invitation to visit Armenia. Turkey's leader did not respond to this letter, and in January it became clear that Turkey is going to celebrate the day of Gallipoli battle on April 24 – the day of Armenian Genocide. Invitations were sent to 102 world leaders, including the President of Armenia - the reason for this invitation, according to Turkey, was that Armenian soldiers in the Ottoman army also participated in the battle of Gallipoli. It should be noted that Turkey has started celebrating the victory of Gallipoli battle in the last 20 years and it was mainly celebrated on March 18. 2015 was the first year that these celebrations were held on April 24. The response of the Armenian President came very soon. In an official letter Serzh Sargsyan reminded about the fate of Captain of Ottoman army Sargis Torosyan whose family was killed during the Genocide.

The celebrations of Gallipoli battle were the continuation of  the idea of "common pain" declared by Erdogan, in the context of which Turkish President tries to put at the same level the damages of Turks and the massacres of Armenians during World War I.

On January 29, the State Commission on Coordination of the events for the commemoration of the 100th anniversary of the Armenian Genocide unanimously adopted the Pan-Armenian Declaration, which the RA President then read at Tsitsernakaberd Memorial Complex. The document referring to the 1919-1921 verdicts of the courts-martial of the Ottoman Empire on that grave crime perpetrated "against the law and humanity" as a legal assessment of the fact, calls Turkey to recognize the Armenian Genocide. "The Commission expresses the united will of Armenia and the Armenian people to achieve worldwide recognition of the Armenian Genocide and the elimination of the consequences of the Genocide, preparing to this end a file of legal claims as a point of departure in the process of restoring individual, communal and pan-Armenian rights and legitimate interests ," the document says.

As in the previous few years, in early 2015 it was also clear that Turkey is not going to ratify the Armenian-Turkish protocols signed in 2009. At the same time, it was obvious that the documents, being in the parliaments of Turkey and Armenia, give Turkey an opportunity to exploit it, trying to prevent international recognition of the Armenian Genocide in some countries. Thus, on October 10, 2015 the President of Armenia withdrew the Zurich Protocols from the National Assembly. As expected, this step was positively accepted by Armenians – both in abroad and in Armenia.

In this context, the Turkish government in 2015 continued to play as "constructive" on Armenian issues. It was manifested in two ways - directly not interfering on the initiatives of the state and the public on commemoration of the memory of Genocide victims.

From state initiatives one can remember Erdogan’s and Davutoglu’s messages to Armenians on April 24 in which "sharing the grief of the Armenian community," were again presenting the Armenian question in the context of the sufferings of all subjects of the Ottoman Empire during the First World War. Turkish authorities also allowed Armenian Patriarchate of Constantinople to give a mass on April 24 in st. Mary Church. But during the liturgy the word Genocide was not heard, instead the idea of "shared pain" was mentioned.

To show his "constructiveness" the Prime Minister of Turkey Davutoglu in 2014 appointed as his Chief Advisor an Armenian - Etyen Mahçupyan, who in March 2015 speaking at the British Parliament, called the massacres of 1915 Genocide. "I am not a nationalist, but talking about 1915 genocide I call it Armenian Genocide," Mahçupyan said and several days later was dismissed from his post.

As for public initiatives, then on April 24, Genocide commemoration ceremonies were held in Istanbul, Ankara, Bodrum, Izmir and Diyarbakir. Hundreds of people gathered in Istanbul's central Taksim Square, including Turkish intellectuals and human rights activists, who went down on their knees under an Armenian music, paying tribute to 1.5 million Armenian victims.

One-week-conference on the 100th anniversary of the Armenian Genocide was also held in Istanbul, among the organizers was the Chair of Modern Armenian History at the University of California, Los Angeles.

In 2015, two times parliamentary elections were held in Turkey. As a result of two votings 3 Turkish-Armenians became members of the Parliament – each representing the ruling Justice and Development Party, the Republican People’s Party and the pro-Kurdish Democratic People’s Party.

Despite this, Turkey continues its efforts both for hindering international recognition of the Genocide and distracting the attention of the international community from it. For example, at the beginning of the year it became known that the Turkish authorities bribed Egyptian "Muslim brothers" to destroy documents on the Armenian Genocide preserved in Cairo.

Later a church built in the memory of Armenian Genocide victims in Der Zor was bombarded. Later in the context of internal political tension in Turkey and the Turkish-Kurdish clashes attacks against Armenian churches took place. In September Turkish security forces attacked the Armenian Catholic Church in Diyarbakir, and in Mardin law enforcement officers broke into the church of St. George.

In the context of Genocide a field of indirect confrontation between Turkey and Armenia was the European Court of Human Rights Grand Chamber, where Perincek's case was going on. Although the court ruled in favor of Perincek (against Switzerland), the ECHR Grand Chamber judgment annulled the wording on Genocide adopted by the lower house. In this context, lawyers assessed the decision positively for Armenia, which was a third party, like Turkey. Interestingly, the latter acting in defense of Perincek, did not deny the fact of the massacres of Armenians in the Ottoman Empire.

Turkey, in fact, by not denying the obvious, is trying that in international platforms the  massacres do not receive "genocide" legal term, trying to prove that it was not organized by the state. Unfortunately, this change of tactics by Turkey is more acceptable for the international community than "there was no genocide" sentence that it used previously. Meanwhile this change of tactics has not changed Turkey's anti-Armenian policy.

The increase of tension in Karabakh conflict, particularly on the borders, (many experts see also Turkish presence in this) was also one of the means for distracting the attention of the international community, as well as Armenians from international recognition of the Genocide. Perhaps it is not a coincidence that recently the Azerbaijani side has started firing on the villages, positions of Armenia and Artsakh from Turkish weapons. It is also not accidental that border tensions rise when the Turkish generals visit Azerbaijan. In this context Davutoglu’s declaration that "Turkey will support Azerbaijan until the Azerbaijani lands are fully liberated" is not of any surprise.

To sum up it can be concluded that continuing its hostile and anti-Armenian policy in the region, Ankara under the pressure of the international community (acts adopted by a number of states and organizations calling Turkey to recognize the Genocide) changed its propaganda on the Armenian issue. This may make Turkey be more perceived by the international community, unless there is an adequate response from the Armenian side.