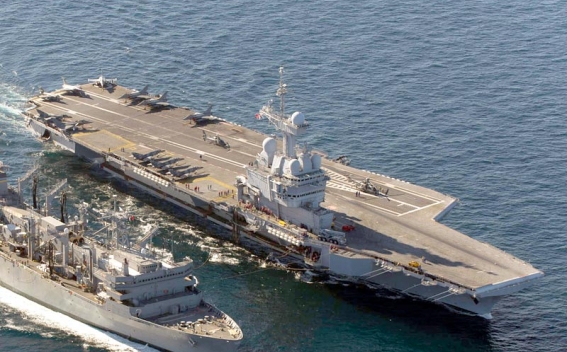 20% of the airstrikes by the international coalition against the IS is carried out by the French Air Forces. This was stated by Admiral of the French aircraft carrier "Charles de Gaulle" Rene-Jean Krinola in an interview with BFM, gazeta.ru reports.

"We are involved in almost 20% of the strikes of the coalition forces with the support of land forces, especially in the battle in Ramadi in Iraq," he said.

The admiral said that the IS is in decline, "especially in Iraq."