New 50-Euro Bill to Be Put Into Circulation 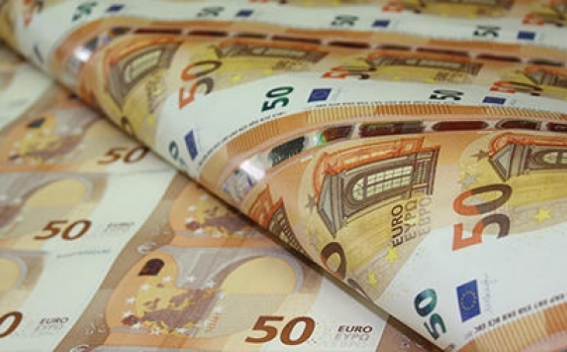 A new 50-euro note designed to be harder to forge is being launched in the 19 countries of the eurozone. But the old ones will remain valid for the time being, the DW reports.

The European Central Bank (ECB) is releasing a new 50-euro note on Tuesday that features a number of security measures designed to make it more difficult to counterfeit.

The new note, orange-brown in color, has raised print and a transparent window featuring a picture of "Europa," the Greek goddess from whom the continent takes its name, on a metallic strip. It also has a portrait watermark and security thread. The number on it is emerald-colored, but changes color when moved from side to side.

It also feels crisper and firmer than previous versions.

The 50-euro note - which is currently the most-used banknote in the eurozone - is part of the new "Europa " series showcasing European architectural styles throughout history. It will be followed by new 100 and 200-euro banknotes, but not by a 500-euro one, as the ECB has decided to phase it out by the end of 2018 owing to its relatively frequent use for illegal purposes.