Attack on Christians in Egypt: At Least 26 people Killed and 25 Wounded 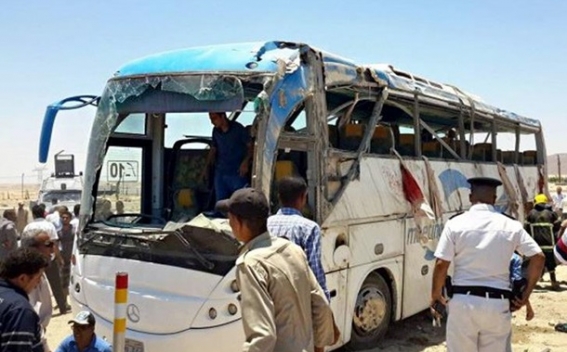 A team of gunmen opened fire on a bus carrying Coptic Christians south of Cairo Friday, killing at least 26 people, including children, and wounding 25 other people, Fox News reports.

As many as 10 attackers stormed the bus dressed in military uniforms and wearing masks, according to witnesses. The victims were on their way to visit a monastery.

Only three children survived the attack.

No group immediately claimed responsibility for the attack, but Egypt’s Coptic Christians have become the preferred target of the Islamic State in the region.