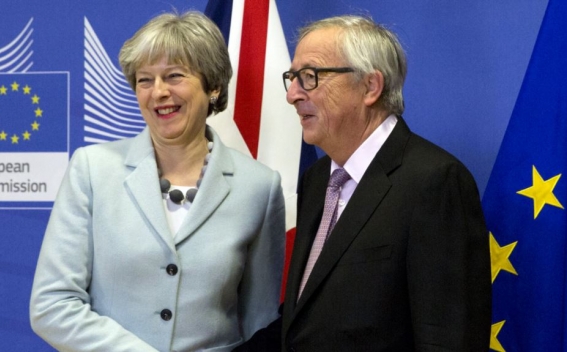 Britain and the European Union have agreed on the divorce deal on Friday that paves the way for the second phase of negotiations that will include trade talks and a two-year Brexit transition period that will start when Britain leaves the EU on March 29, 2019, Reuters reports.

Actually, the trade talks were highly important for both sides as because of the unclear situation, the trade between the world’s biggest trading bloc and its sixth-largest national economy might be disrupted. May said opening up trade talks would bring certainty for citizens and businesses about Britain’s future after quitting the EU.

The Downing Street announced that the "divorce bill" will amount between £35bn and £39bn.

The last major obstacle to the opening of trade talks were the issues of the Irish border, on which the parties managed to agree on Friday. It was decided that there will be no "hard border" between UK and Ireland. Besides, EU citizens in the UK, and UK citizens in the EU, will see their rights protected.

But Northern Ireland's Democratic Unionist Party, whose opposition on Monday led to talks breaking down, said there was still "more work to be done" on the border issue and how votes on the final deal "will depend on its contents".

The European Council President Donald Tusk is also realistic about the new phase of BrExit talks.  "The most difficult challenge is still ahead. ''We all know that breaking up is hard. But breaking up and building a new relationship is much harder,'' he said.

The EU leaders are due to meet next Thursday for a European Council summit and need to give their backing to the deal if post-Brexit trade talks are to begin.