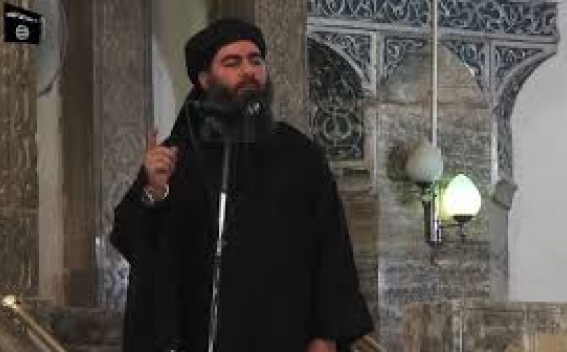 Sky News
In the video, a man purporting to be Baghdadi appeared to be wearing a casual outfit, sitting on the ground next to an assault rifle. He said the "battle for Baghouz is over," referencing the last town held by ISIS in eastern Syria, CNN reports.
Baghouz was liberated from the terror group in late March, marking the collapse of the group's so-called Caliphate.
In the video, the man praised recent bombings in Sri Lanka, which killed more than 250 people and wounded at least 500 on April 21.
He also referenced recent political events, including Benjamin Netanyahu's election victory in Israel, the resignation of Algeria's president Abdelaziz Bouteflika, and the fall of Sudan's president, Omar al-Bashir.
The video was published by ISIS media wing al-Furqan on Monday. If authentic, it would be the first time that Baghdadi has been seen since July 2014, when he spoke at the Great Mosque in Mosul.