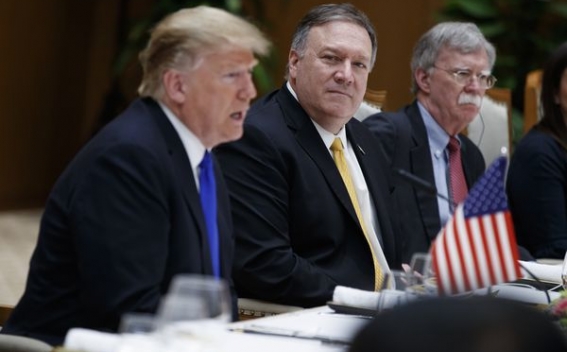 Just one day after President Donald Trump dismissed national security adviser John Bolton, administration officials are discussing the possibility of replacing Bolton with his chief rival, Secretary of State Mike Pompeo. Under this scenario, the country's top diplomat would absorb the national security adviser role and do both jobs, according to a senior administration official and a source familiar with the possibilities, CNN reports.

That would make Pompeo the second person in history to have both jobs at the same time. The first, Henry Kissinger, was already President Richard Nixon's national security adviser when he was appointed secretary of state in 1973, and filled both roles for two years.
It's unclear how seriously Trump is considering this possibility, and a source familiar with the process says that Pompeo has given the President a list of other names to consider.
Հայերեն На русском