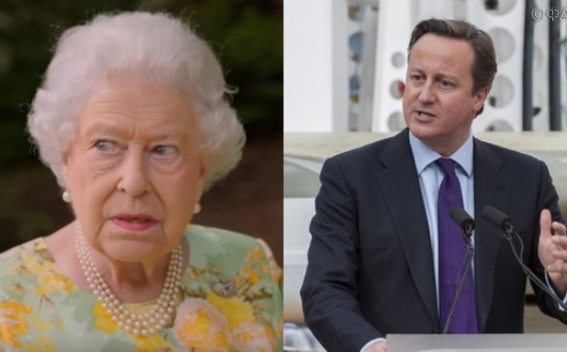 David Cameron's revelation that he sought help from the Queen ahead of the Scottish independence vote in 2014 has caused displeasure at Buckingham Palace, a source has said.

A source told the BBC "it serves no-one's interests" for conversations between the PM and the Queen to be made public .

"It makes it very hard for the relationship to thrive," they added.

The former PM told the BBC he had asked whether the Queen could "raise an eyebrow" about the prospect of Scotland voting for independence.

The Queen later said people should "think carefully about the future".

Buckingham Palace has made no official comment on Mr Cameron's remarks.