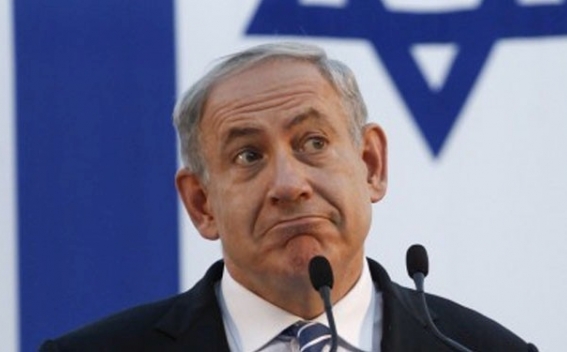 Reporter’s question:  "If you are prime minister, a Palestinian state will not be established?"

The NRG website reporter’s question and Israeli Prime Minister Netanyahu's answer to it was just a day before Knesset (Parliament of Israel) elections in Israel on March 17, 2015.

Two days after elections on March 19, 2015 the leader of the Likud party that received the majority of the votes gave another interview to the US MSNBC news agency and as an answer to the same question Benjamin Netanyahu particularly noted:

"I don't want a one-state solution. I want a sustainable, peaceful two-state solution, but for that circumstances have to change."

Was this change predictable? It is hard to say it was not. Such kind of immediate change in the statements made by Benjamin Netanyahu proves the most frequently brought explanation for  pre-election hardened stance of Likud party, according to which the change aimed at winning the support of the right wing voters after it turned out that Likud party was lacking behind center-left opposition alliance, the Zionist Union; the letter was for the repaired ties with the Palestinians.

What is more important is the expectations from Israeli-Palestinian negotiations in the future. The analysis of the main thesis brought forward in the same interview by Benjamin Netanyahu give a ground to make certain predication on the strategy the Likud party is going to employ on the further stages of negotiations.

Loyal to his long-term held strategy in the interview Netanyahu puts main emphasis on the security concerns particularly noting:

"I don't want a one-state solution. I want a sustainable, peaceful two-state solution, but for that circumstances have to change. I never changed my speech in Bar Ilan University six years ago calling for a demilitarized Palestinian state that recognizes the Jewish state. What has changed is the reality."

From Netanyahu's words it becomes obvious that Likud party will continue to use security concerns and present unstable situation in the region to make all possible compromises from the Israeli side on the negotiation table impossible.  The rise of Islamic extremism in the region will continue to be used by the ruling Likud party to make its position perceivable for  international community, the position which is vividly expressed in Netanyahu’s often used sentence:  "Every territory that is vacated in the Middle East is taken up by Islamist forces."