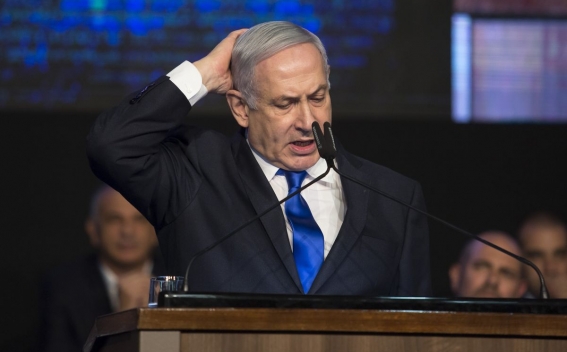 The Israeli military said it struck in the Gaza Strip early Thursday morning, targeting Hamas military posts in the coastal enclave in retaliation for a rocket that was launched at Israel's south earlier on Wednesday, while Prime Minister Benjamin Netanyahu was attending an election campaign event there, Haaretz reports.

Netanyahu, who had been making an address at a gathering in the port city of Ashkelon, was rushed off the stage with his wife Sara to a nearby shelter; he later returned to complete his speech.

Meanwhile, the Israeli military confirmed that the Iron Dome missile defense system intercepted one rocket fired from the Strip.