Moldova: The Next "Hot Spot" in Europe? 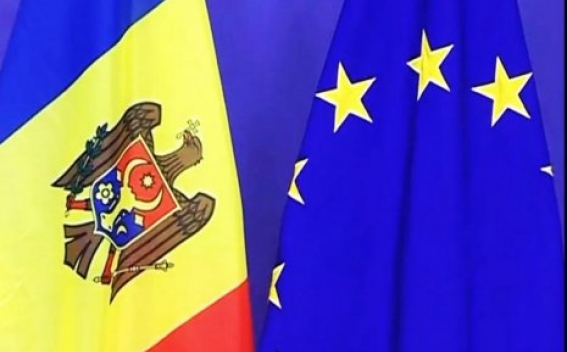 Moldova is in need for radical reforms, or at risk of becoming the next crisis epicenter in Europe, the consequences of which could go far beyond it. Moldova could be the next "hot spot" on the map of the European continent. Such an opinion was expressed by the Secretary General of the Council of Europe, Thorbjorn Jagland.

''To avoid this, the Moldovan authorities need to press ahead with the implementation of reforms, Jagland wrote in a column in The New York Times.

"The power there is actually in the hands of oligarchs, corruption is rampant ... Extremely low incomes are forcing hundreds of thousands Moldovans to go abroad," the Secretary said.

According to Jagland, with the prevailing situation in the country, not only the supporters of European integration are unhappy, but also the supporters of the idea of ​​joining the Eurasian Economic Union. The politician also mentioned that the vast majority of citizens are concerned that the problem of Transnistria is not settled and fear that it may become the "second Crimea."

Jagland noted that the Council of Europe is ready to help Moldova in implementing the necessary reforms in order to fully meet the international standards.

The director of the Open Club ''International Dialogue'' Gregory Amnuel in turn mentioned that he believes in the words of Jagland about the probability of transformation of Moldova in the next European ''hot spot'' and that there is no exaggeration there.

''The reaction of the European Union and Western countries leaders to the events in Moldova has been somehow delayed,'' - he said in an interview with The "Voice of America". "An example of this situation are the elections in Gagauzia (Moldova Region), where there was constant interference in the internal affairs by some deputies of the State Duma of Russian Federation  and political strategists. It all began with the emergence of the Russian-Ukrainian crisis."

As for the European Union and EU membership, many Moldovan experts acknowledge the fact that in the foreseeable future Moldova is not ready to become an EU member. From the perspective of the European Union, the given state should be harmonious partner with a minimum of social and political problems. That is Moldova should not create any problems for the EU, as the Union's own problems are not that few.  A very vivid example is the Greek crisis, Sputnik Moldova reports.

"Everybody starting from Merkel and ending with other officials, have been using idiomatic expressions - convergence, further approximation of Moldova, etc. Within the framework of some concrete political solution, of course, Moldova could join the EU, but there is no objective reasons for this, because we do not fit any political or economic criteria at all," Moldovan famous economic expert Victor Ciobanu declared.