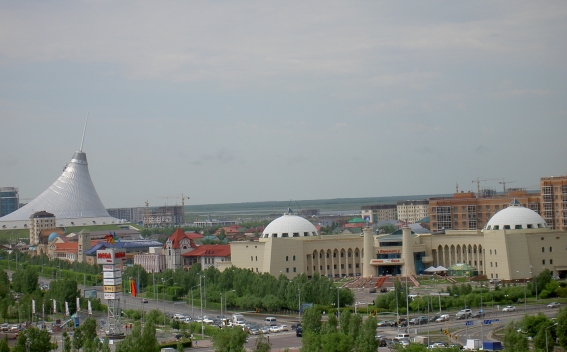 2017 will be a "brand" year for Kazakhstan. It is exactly in 2017 that in two cities of Kazakhstan events of international importance will be held - "EXPO-2017" in Astana and Universiade 2017 in Almaty. Armenia will participate in both events and by the way, Armenia supported the initiative of holding these high-level events in Kazakhstan during the crucial voting.

International Specialized Exhibition "Astana EXPO" which will take place in the summer of 2017 in Astana, capital of Kazakhstan, will be held under the motto "Energy of the Future." The exhibition will be devoted to the actual topic - alternative energy sources. It is assumed that the Astana exhibition will attract many new technological proposals for the use of renewable energy sources. It is expected that the exhibition will be attended by representatives of about 100 countries and about 10 international organizations – by over 5 million people.

In an interview with "Armedia" IAA the head of the press center of EXPO-2017 Aigul Mukei said: "We are looking forward to the visit the inhabitants of different countries, including those of friendly Armenia. I would like ordinary people of Armenia also to come to the Expo. The exhibition - beautiful three months of fireworks, parties, concerts and various events. There will be a rich cultural program. It is really a great holiday."

However, as already mentioned it is not only EXPO-2017 that will be held in Kazakhstan in 2017. In addition to the international exhibition in Kazakhstan, in the former capital Almaty International Winter Universiade will be held, which is organized by the International University Sports Federation. As it is known, the aim of this event is to bring together sport with the educational process. In winter 2017 Almaty will bring together university athletes from around the world.

"According to our calculations, about 50-55 countries will be participating. Today we have 23 applications, among them, no doubt, also from Armenia. Moreover, even in the test events of the championship, which we held in December 2014, 3-4 skiers came from Armenia. Of course, participants will be from Europe, North America, the Nordic region, Russia, Belarus, Armenia, Uzbekistan, Kyrgyzstan," in an Interview with "Armedia" IAA Ilya Urazakov, Executive Director of "Universiade 2017" said.