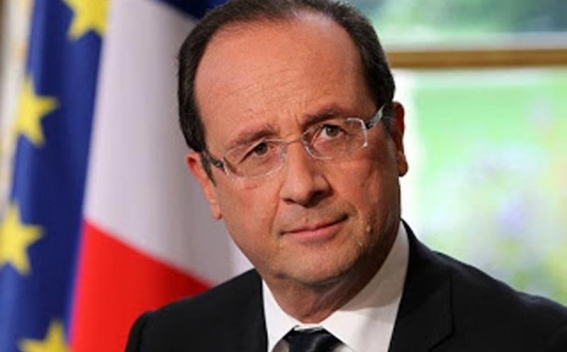 The French government will not send its military forces to fight against the Islamic State terrorists on the ground in Syria, French President Francois Hollande stated at a joint press conference with US President Barack Obama on Tuesday.

"France will not intervene militarily on the ground. It is for the local forces to do so," Hollande said.

French President also stated that France and Russia are to discuss intelligence sharing in Moscow as the two countries must better coordinate efforts against the Islamic State in Syria, Sputnik News reports.

According to Hollande, the United States and France have agreed to increase the number of airstrikes against the Islamic State in Syria and Iraq in oder to destroy the terrorist organization.