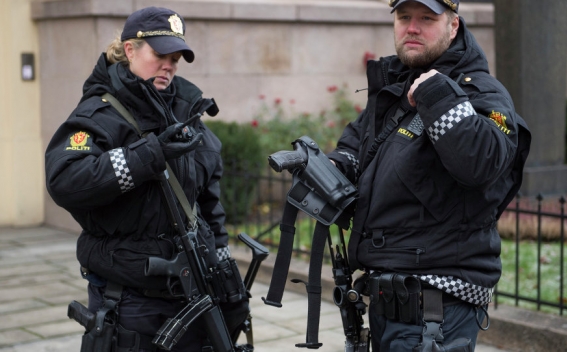 On migrants’ phones Norwegian police have uncovered terrorist symbols and materials such as execution videos,  images of people holding severed heads and other body parts, pictures of dead children and other possible victims of war crimes, as well as flags and symbols of the Islamic State and the Nusra Front, Sputnik News reports, referring to Norway's VG newspaper.

The country's Police Security Service has been forced by the surge of refugees over the past few months to establish a special unit handling issues connected with the migrants.

According to the head of the unit Erik Haugland, because of the impossibility of investigating the asylum seekers' backgrounds Norwegian authorities face challenges. "We can't contact countries such as  and to ask what (information) they have, and, in addition, there may be uncertainty regarding ID’’, said he.

He also noted that photos and videos of crimes may have been taken as facts of atrocities, or in order to ensure own safety the asylum seekers may have decided to carry symbols of groups controlling areas through which they had to pass to escape.