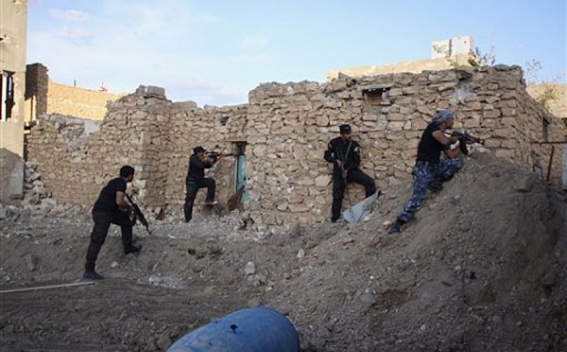 's military is just about a mile away from Ramadi government compound, held by militants, to retake the city from the terrorist group, Col. Mohammed Ibrahim, the spokesman for the Joint Iraqi Operations Command said.

According to him, "thousands of improvised explosive devices were planted in the district by Daesh (ISIS). Each one needs at least 30 minutes to be dismantled’’, BBC reports.

Soldiers are going slowly through liberated neighborhoods of the city looking for terroists amids the IEDs (improvised explosive devices).  "We have to be very patient in order not to lose any soldier or any civilian in the area," Ibrahim said.

In assistance of U.S.-led coalition airstrikes,  Iraqi forces are on the second day of an assault to drive Islamic State militants from Ramadi, a city about 70 miles (113 kilometers) west of .