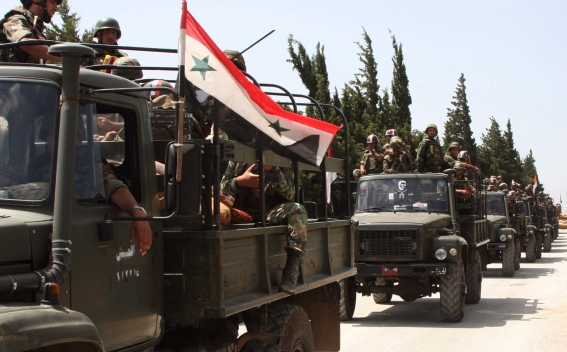 The artillery of the Syrian Army bombarded a convoy of Islamic State (Daesh) oil tankers near the ancient city of and destroyed most of the motorcade.

The tankers were moving on the Northern road of  in central . The Army’s intelligence units located them and called for heavy artillery fire on the convoy.

''The artillery and rocket-launching units of the army later shelled the convoy and destroyed most of the oil tankers," military sources told FARS News, Sputnik News reports.

According to the sources, the guards of the motorcade were also killed and wounded in the shelling.