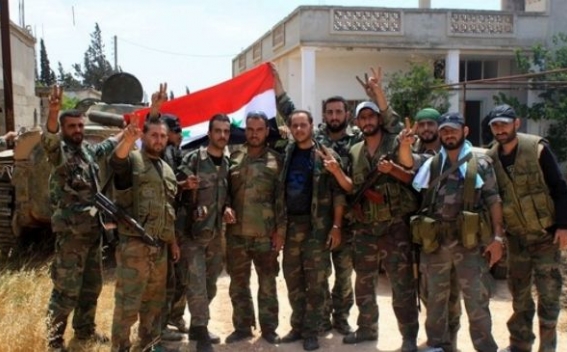 Dozens of militants were killed and many more wounded after the Syrian troops attacked terrorists in the mountainous regions of Latakia province, where the army took control of Tal Kherba, Al Juba and Height 1023, among other areas.

"The Syrian army and the NDF continued to advance against the terrorist groups north of Lattakia and took back Heights 292, 296 and 387. The pro-government forces also won back the Heights 465, 342 and 489 near the newly-liberated village of al-Sarraf," FARS quoted army sources as saying.

According to the sources, the Syrian forces also captured Daghdaghan Farm, which is considered to be one of the main strongholds of the militant groups in Latakia.