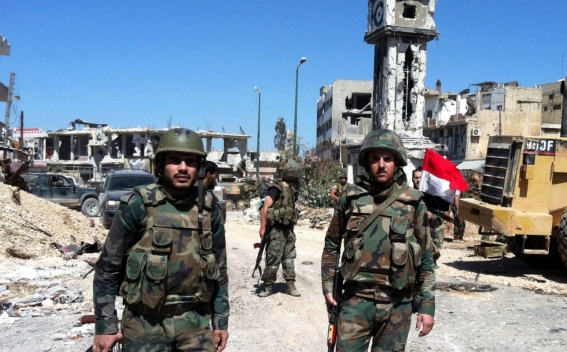 With the help of Syrian air force, the country's army and the National Defense Forces were able to destroy a large number of Islamic militant strongholds to the east of , wounding and killing dozens of terrorists, Sputnik News reports, referring to the Iranian news agency .

According to sources, the Syrian warplanes mainly destroyed the militants' positions in the towns of Hazarma, al-Nashabiyah and Hosh al-Farah on Sunday, said.