Astana Talks On Syria Kick Off 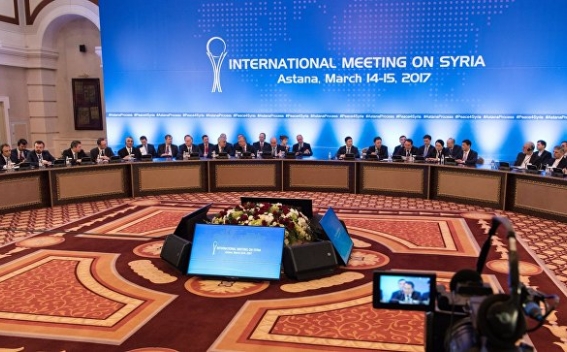 © Sputnik / Болат Шайхинов
The fourth round of talks on Syria Astana kicks off in the Kazakh capital of Astana today, TASS reports.


The delegations will spend the first day in consultations and on May 4 a plenary session will be held.

Special representative of the UN Secretary-General Staffan de Mistura and Nauaf Oufi Tel, political adviser to Jordan’s Foreign Minister, will take part in the meeting as observers. For the first time, the US will be represented on a higher level at the meeting - US Assistant Secretary of State for Middle East Affairs Stuart Jones will arrive in Astana.

To note, on the eve of the forum, expert discussions took place between the official Damascus and Iran, Russia and Turkey, Iran and Turkey.
Հայերեն На русском