Catalonia to Hold General Strike in Protest at Police Violence 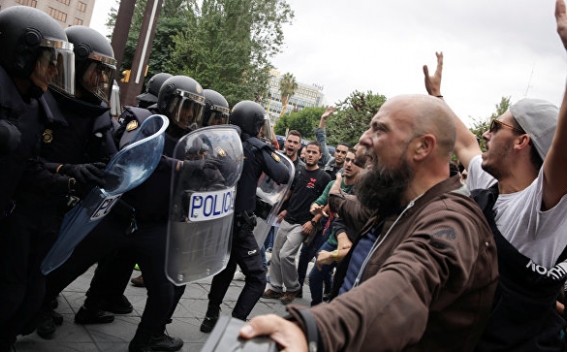 David Gonzalez / Reuters
More than 40 unions and Catalonian associations are calling for a general strike across the embattled region following widespread violence during the national police crackdown on the independence referendum Sunday, RT  reports.

More than 840 people were injured in clashes with police after the Guardia Civil tried to close polling stations across Catalonia, violently removing people who were attempting to vote.

The workers groups called for a 'nationwide' work stoppage across Catalonia on Tuesday October 3 in protest at the abuse of power by the Spanish National Police, the Guardia Civil.