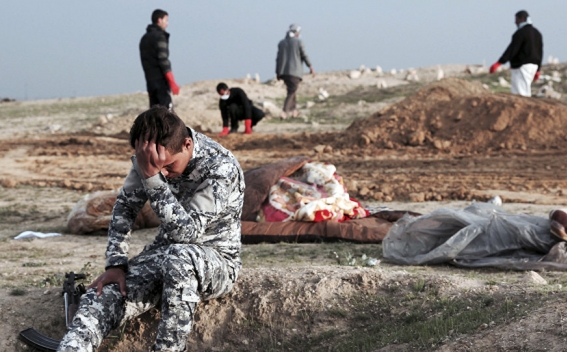 Iraqi troops have found a mass grave "with bodies of dead soldiers, policemen; approximately 50 people executed by the Daesh in the district of Hawija."

According to the head of the police of the province of Kirkuk, the specialists intend to thoroughly study the remains, as "hundreds of other Iraqi soldiers and policemen who fought against extremists are considered missing'', Sputnik News reports.

According to reports, more than 100 civilians disappeared in Syrian Saadia earlier, and “the victims in the grave were executed by Daesh during its control of Saadiya after June 2014," Diyala Organization for Human Rights leader said.