Special Meeting of the European Council to be Held Today 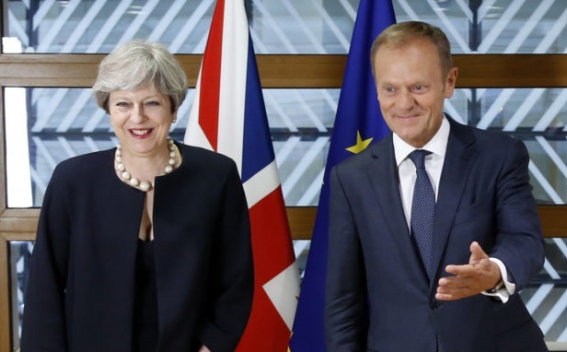 EU27 leaders will meet to endorse the draft Brexit withdrawal agreement and to approve the draft political declaration on future EU-UK relations today on 25 November 2018. European Council's official webpage informs about this. The meeting will launch in less than 15 minutes - at 12:30 Yerevan time (09:30 Brussels time).

In his invitation letter addressed to the EU27 leaders, President Donald Tusk recommends the approval of the outcome of the Brexit negotiations:

"We were all looking for a good and fair agreement. And I believe that we have finally found the best possible compromise. Given all of the above, I will recommend that on Sunday we approve the outcome of the Brexit negotiations."

The summit was called by President Donald Tusk on 15 November 2018, after his meeting with EU chief negotiator Michel Barnier, who presented to him the draft text as agreed with the UK at the level of the negotiators.

On 22 November, European Council President Donald Tusk sent the EU27 member states the draft political declaration setting out the framework for the future relationship between the EU and the UK. It has been agreed at negotiators' level and agreed in principle at political level, subject to the endorsement of the leaders.