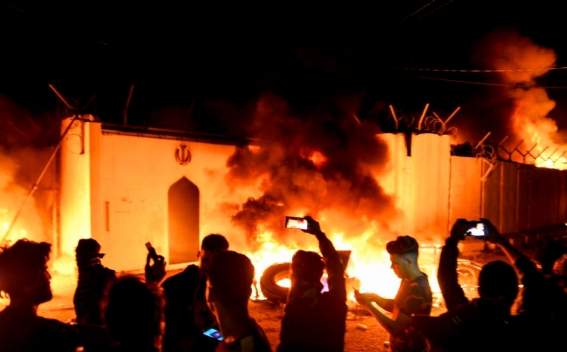 Iraqi protesters stormed the Iranian consulate in the southern city of Najaf and set fire to the building on Wednesday bringing a new level of violence to demonstrations aimed at the downfall of a government backed by Tehran, Reuters reports.

It was the strongest expression yet of the anti-Iranian sentiment of Iraqi demonstrators, who have taken to the streets for weeks in Baghdad and the Shi’ite Muslim-majority south - and have been gunned down in their hundreds by Iraqi security forces.

Staff at the consulate had evacuated shortly before demonstrators broke in, police and civil defense first responders said. There were no immediate reports of casualties.