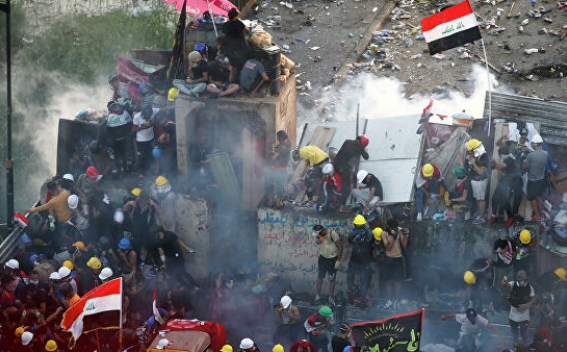 raqi security forces on Thursday shot dead at least 44 people in the country's south in one of the bloodiest day of violence since the anti-government protests erupted in early October, Al-Jazeera reports.

At least 33 protesters were reported killed in Nasiriya city after security forces used live ammunition and tear gas canisters on crowds while another 11 people were killed in Shia holy city of Najaf, where an Iranian consulate was torched a day earlier by angry protesters.

Security sources told Al Jazeera at least 233 people were wounded in the crackdown on protests in Nasiriya.