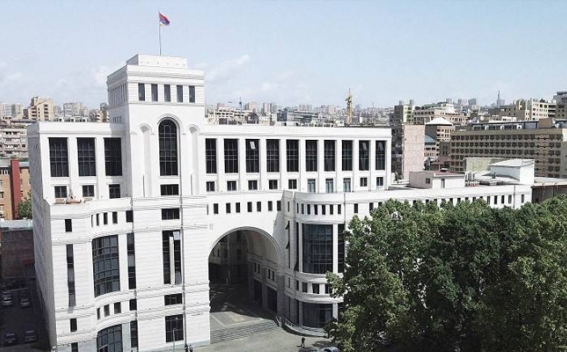 The foreign ministry of Armenia issued a statement on the 105th anniversary of the Armenian Genocide.

Beginning 105 years ago, despite the pledges and promises of international security guarantees, the Armenian people were abandoned and defenseless in the face of this crime of genocide and vulnerable to the unrelenting atrocities of its perpetrators. The Armenian people suffered through the horrific ordeal of Genocide, but against all odds they survived. In the wake of their genocidal trauma, these heroic survivors were not only able to preserve and promote their national identity everywhere they sought refuge and safety, but also managed to restore and regain the Armenian statehood. For each day since, the primary mission and main responsibility of the Republic of Armenia has been to ensure the security of its people on the territory of their historic homeland.

The recognition of the past is essential for the present and the future, to serve as deterrence in order to prevent any recurrence of such atrocity or genocide elsewhere.

The sincere recognition of truth and remembrance of the past are essential requirements for upholding justice, human dignity, combating impunity and uniting in international solidarity.

Today, once again bowing to the solemn memory of the holy martyrs of the Armenian Genocide, we reiterate and reaffirm our commitment to the promotion of historical justice and the prevention of new genocides".