Pro-Kurdish Party of Turkey: We Confront Armenian Genocide with Shame 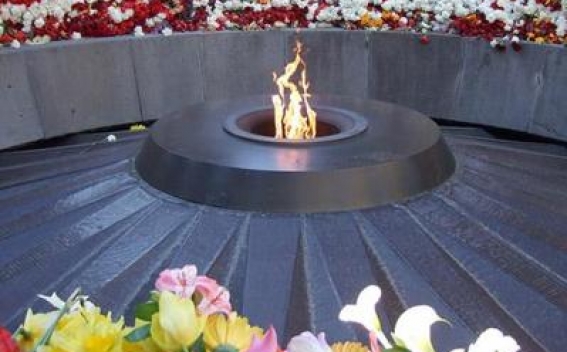 Opposition and pro-Kurdish Peoples’ Democratic Party (HDP) of Turkey has issued a statement on the 105th anniversary of Armenian Genocide, News.am reports.

"Turkey has not confronted the Armenian Genocide [issue] for already 105 years. Moreover, it gave the names of the main culprits of the genocide to a number of public places.

The Armenian Genocide has been recognized by dozens of parliaments around the world, but the parliament of the country of that crime does not speak about it for already 105 years.

If Turkey confronts the crimes of the past, recognizes and condemns them, it will be a great contribution to social peace. We, as the Peoples’ Democratic Party, will fight to ensure that confronting.

As the grandchildren of the indigenous peoples of Anatolia, we confront the Armenian Genocide with shame, share the grief of the Armenian and Assyrian peoples. We feel in our hearts the human tragedy that has taken place, and we pay tribute to the memory of all those who were massacred at that time," the statement reads, in particular.