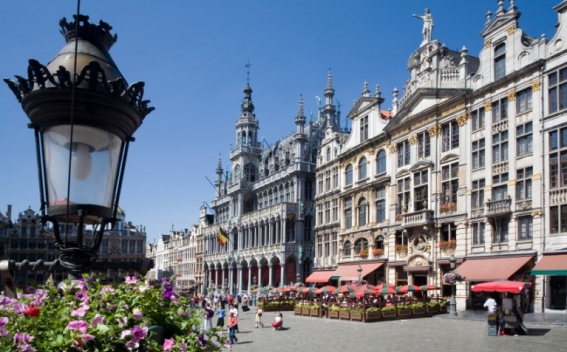 On Friday, life in Brussels became paralyzed. Belgian Prime Minister Charles Michel told that on Monday schools, universities and metropolitan will remain closed. The authorities believe that the terrorists will try to organize attacks in Brussels too as they did in Paris on the 13th of November.

The Belgian government raised the terrorist threat in the capital, reaching the highest level 4 of orange colour. Other cities of Belgium also remain under the terrorist threat – the third of four possible levels. This is stated by the country’s threat analysis center.

"The situation analysis has revealed a serious and immediate threat that requires special security measures and detailed instructions for the population," it was written in the center’s statement.

Brussels’ residents are advised to avoid mass gatherings and strictly follow the government, the police and intelligence services' instructions.

Meanwhile, investigators continue to search for Abdeslam Salah who is believed to have organized the terrorist attacks in Paris. 26-year-old French citizen who lived in Brussels recently, may have returned there after the attacks, according to the police.

As a result of the anti-terrorist operations carried out by the Belgian police on Sunday night 16 people were arrested, however Salah Abdeslamwas not among them.

Due to the threat of terrorism the  Council of Europe  canceled most of its meetings scheduled for today, November 23, in Brussels. The European Union in turn gave a negative response to the incident, stating that it is not acceptable that the Belgian people should live in an atmosphere of fear and worry.