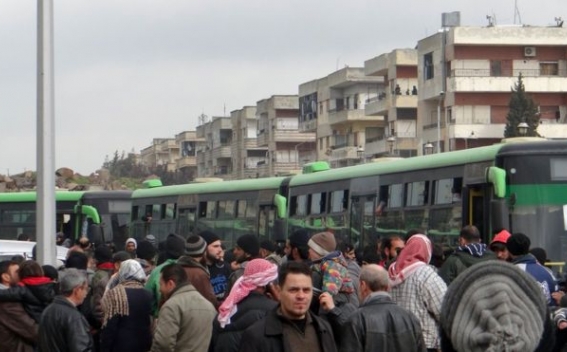 The central city of Homs will soon be free of any rebel presence, as the first batch of rebels and their families started evacuating their last stronghold in the city on Saturday under an activated deal with the government, the CCTV.com reports.

Busses ready to carry the armed rebels and their families were lined up at the entrance of the al-Wair neighborhood, with government soldiers, policemen, and several Russian military policemen, on alert to secure a smooth process that could see Homs city free of any rebel presence in a matter of days, or weeks, as al-Wair is the last rebel-held neighborhood in the city.
As many as 423 rebels and 1,065 civilians, who are family members of the rebels, evacuated al-Wair on Saturday, with the process ongoing until the evacuation of 10,000 rebels and their families from that large neighborhood at the western outskirts of Homs.
Government officials say those evacuating are from the rebels who refuse to embark on a "reconciliation" with the government, adding that they will be transported to rebel-held areas in the city of Jarablus in the countryside of the northern city of Aleppo.