The Geography of Turkey's Aggressive Ambitions is Expanding 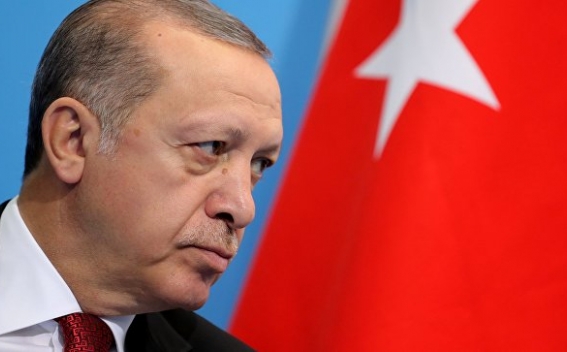 The Syrian government has already called on Turkey to withdraw its troops from Syria, stating that its presence there is an obvious violation of international law. The Syrian Foreign Ministry has stated that the presence of Turkish troops in Syrian territories is not justified as Turkey claims that it has removed the threat to its borders by defeating terrorists in Afrin.

In spite of Damascus's calls, Turkish President Recep Tayyip Erdogan has already announced that he intends to strike new Syrian territories. Erdogan called the liberation of Afrin as the main stage of the actions in the frames of the "olive branch" operation. According to him, "3622 terrorists have been killed since the launch of these hostilities." Erdogan underlined that the fight against terrorism will continue also in other regions of Syria, which is near the Turkish border.

Talking about the refugees, the Turkish president underscored that they gradually return to their homes.

It should be noted that Turkey does not intend to be limited only by conducting military operations in Syria. Erdogan has already stated that he does not exclude the possibility of launching anti-terrorist operations in Iraq. He said that Turkish military forces can launch operations in the Sinjar district of Iraq against the Kurdish Workers' Party, which, by the way, Turkey considers a terrorist. Erdogan added that Ankara has discussed with Baghdad the issue of carrying out anti-terrorist operations in the north of Iraq. The Turkish president warned that if Baghdad is not able to resolve the issue, the Turkish troops will do it.

Remind, that earlier Turkish Prime Minister Binali Yildirim stated that Ankara did not intend to carry out military operations in Sinjar without Baghdad’s consent. He stressed that Turkey respects the sovereignty of Iraq and will not take any step that can break it. Yildirim added that Turkish and Iraqi authorities have not yet reached an agreement on military action in Iraq.

Iraqi Prime Minister Heidal Al-Abadi, in turn, said that Iraqi government forces had completely liberated the territory of the country and were able themselves to resist local militants. He was opposed to Turkey to "cross the line of its powers".

Despite the statement of the Prime Minister of Iraq, Turkish president Recep Tayyip Erdogan has already stated that if necessary, his country's armed forces can enter Sinjar without warning.

In response, the Iraqi Defense Ministry has promised to respond to any military intervention assessing such actions as "encroachment on Iraq's sovereignty, regime, constitution and territorial integrity."

However, declaring itself the need to reach an agreement in advance, Turkey once again assumed the role of the final decision maker. Erdogan stated that Turkey has launched a land attack in Sinjar, the north-west of Iraq.

Remind that in 2014 the militants of the Islamic State terrorist organization were captured Sinjar. At that time the local Yezidi were subjected to mass repression. By the end of 2015, the city was liberated by the forces of the Kurdish Workers' Party.