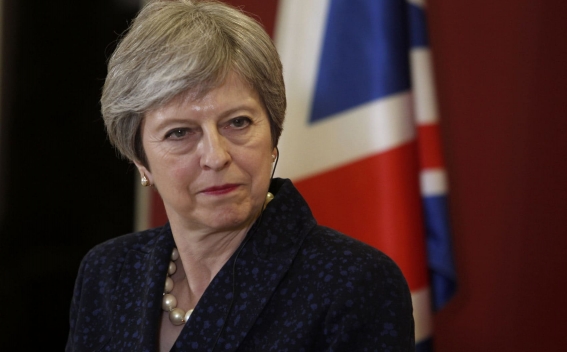 British Prime Minister Theresa May has unveiled plans for a new post-Brexit immigration system that she promises will reduce low-skill migration, Euronews reports.

The plans have been backed by the Labour Party and approved by the cabinet.

May said: "The new skills-based system will make sure low-skilled immigration is brought down and set the UK on the path to reduce immigration to sustainable levels, as we promised."

For those people wanting to travel to the UK, before they do, security and criminal background checks will have to be done before flying. It'll be rather like the Esta system for entering America. Visitors will have to plan ahead and apply.

Then, once tourists and people from low-risk countries have landed, they will all be scanned at E-gates. At the moment, it's only EU citizens who use the E-gates. It could mean the queue could be longer to get through at that gate but it should move faster than the normal immigration desk.

Workers wanting to stay longer will have to have a minimum salary to ensure they do not compete with UK workers — and means they will need to be higher skilled. This will effectively reduce the number of low-skilled workers entering the country.

Workers will only be able to bring their families with them if they're all sponsored by future employers.

The prime minister has previously made it clear that all EU citizens living in the UK would get the right to remain.