May to Focus on Irish Backstop in her Brexit 'Pan B' 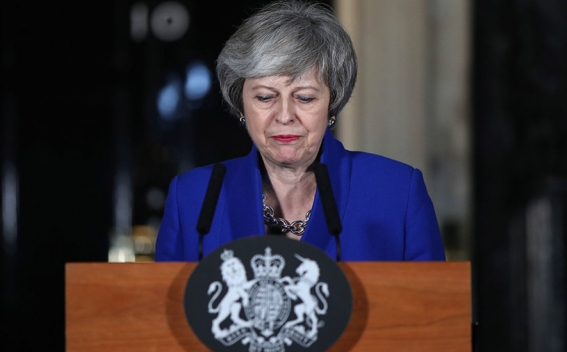 Theresa May will try to convince Tory Brexiteers and DUP MPs to back her withdrawal deal by resolving Irish backstop concerns, Cabinet sources say, BBC reports.

Last week, Mrs May said she would focus on cross-party talks to get a Brexit deal accepted by Parliament.

But it is understood she is now seeking to win approval from her own benches, with the government unlikely to win widespread Labour backing.

Mrs May held a conference call with her Cabinet on Sunday. It is understood she wants to show the EU that MPs could back a deal without a backstop, in the hope of encouraging Brussels to soften its position.

Mrs May's government agreed a withdrawal deal with the EU in November - covering topics such as the "divorce bill" and the Irish border - but it was rejected by MPs by a majority of 230 votes.

If Parliament doesn't approve a withdrawal agreement, the UK is due to leave the EU on 29 March without a deal or transition period.