Palestinian-Israeli Conflict: Why Is the Game Ruled by Israel? 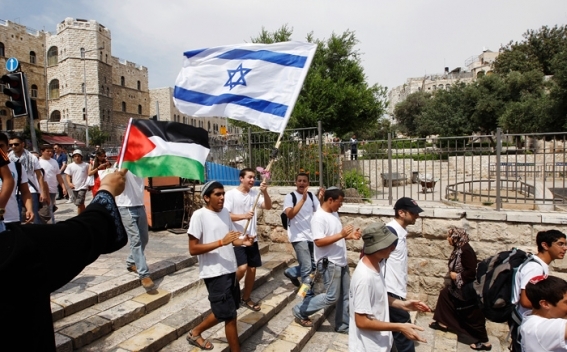 Tensions have flared up again in Gaza recently. Israel has blocked the border with Gaza and is deploying army. Earlier Israel, despite the ceasefire reached by the Egyptian mediation, struck the military infrastructure of the Hamas movement, dominant in the Gaza Strip. According to reports from Israel, this is retaliation to the missile launch from the Gaza Strip to the Jewish state, injuring seven Israeli civilians.

In the Palestinian-Israeli conflict zone, in the Gaza Strip particularly, such operations are periodical. In 2018 alone escalations in this part of the Middle East caused hundreds of casualties and thousands of injured Palestinians, with dozens of Israelis targeted by radical-minded Palestinians. This has been the daily life of Israeli and Palestinians for decades. In spite of the horror neither side is making concessions in the settlement process. Both Israel and Palestine try to enshrine the desired status through all means but not via talks which have been facing a standoff in the recent years but via recognition by the international community.

The Palestinian authorities take measures to achieve international recognition of the Palestinian state and particularly in terms of membership to various international organizations. Israel’s diplomacy, in its turn is working to get the support of the international community in the most controversial issues of the settlement process and they do succeed. It is first and foremost about Trump’s decision of recognizing Jerusalem as Israeli capital followed by a dozen of European and Latino countries, and the US recognition of the Gola Heights as Israeli territory.

Thus, the Palestinians and the Jews who got the right to form a state by the UN Resolution 181, continue to fight for their statehood, but at different levels. Palestine made a decision in 1988 to create a state and in a more restricted area than the UN resolution envisaged. The decision by the Palestinians, as well as the Arab countries, to solve the problem through war, led to not only tens of thousands of casualties and territorial loss, but also to the struggle for Palestinian statehood.

Unlike Palestine, Israel is now fighting not for its right to have a state, but for enshrining the status quo obtained as a result of wars imposed on them, through international recognition. Noteworthy are the consistent efforts of the Israeli diplomacy and the influential Jewish lobby. Thus, Jerusalem was declared Israel’s inseparable capital in 1980. It was possible to achieve the US recognition of that decision only 37 years after. The Golan Heights were declared as Israeli territory by the Knesset in 1981, and 38 years after that the US, one of the world’s superpowers recognized the Golan Heights as Israeli territory.

The issue of Jerusalem does not end with this, as one of the most controversial issues in the Palestinian-Israeli conflict, neither does the Golan Heights dispute between Syria and Israel gets regulated, it is however, a big step toward legitimizing the outcome of the war. As a result, in the event of resuming the talks, Israel will have a stronger position and will dictate a favorable-for-themselves solution.