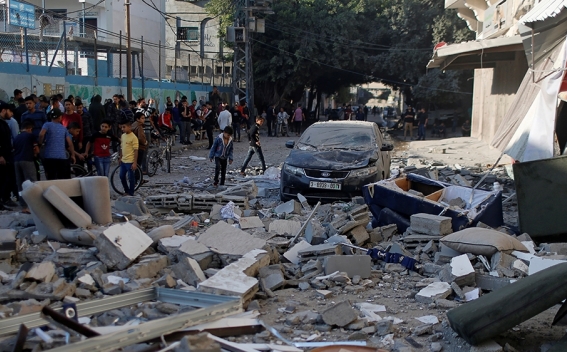 Israeli forces have killed a top Islamic Jihad commander in an air raid on his home in Gaza City, unleashing a new spiral of violence, Al-Jazeera reports.

Shortly after the attack on Tuesday morning that killed Bahaa Abu al-Ata and his wife, salvos of rockets were launched from Palestinian groups in the besieged Gaza Strip into Israel.

In response to the rocket barrage, dozens of air raids were launched on Gaza. Overall, 18 Palestinians have been killed in the Israeli bombardment in Gaza, according to health officials.