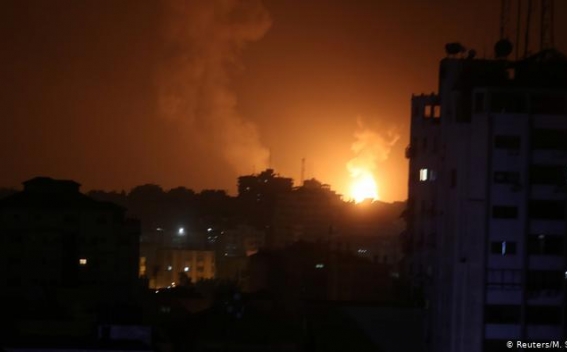 In a translated statement, the IDF clarified that the attacks, carried out by "IDF aircraft and fighter jets," came about as a "response to the rocket fire and the explosion of bombs from the Gaza Strip toward Israeli territory" earlier Wednesday.