Turkey's Erdogan May Call off U.S. Trip After Congress Votes 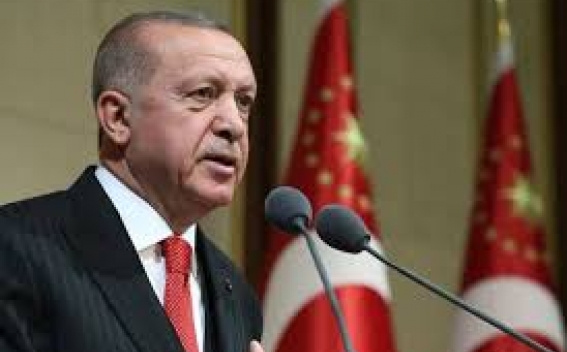 President Tayyip Erdogan may call off a visit to Washington next week in protest at votes in the House of Representatives to recognize mass killings of Armenians a century ago as genocide and to seek sanctions on Turkey, three Turkish officials said, Reuters reports.

Erdogan is due in Washington on Nov. 13 at President Donald Trump’s invitation, but said last week that the votes put a "question mark" over the plans.

"These steps seriously overshadow ties between the two countries. Due to these decisions, Erdogan’s visit has been put on hold," a senior Turkish official said, adding that a final decision had not been taken.

Turkish sources say Trump and Erdogan have a strong bond despite anger in Congress over Turkey’s Syria offensive and its purchase of Russian air defenses, and despite what Ankara sees as the U.S. president’s own erratic pronouncements.

Turkey has already been suspended from the F-35 fighter jet program in which it was both joint producer and customer, and the offensive it launched against Kurdish forces in northeast Syria on Oct. 9 set the stage for further U.S. retaliation.

Although Trump appeared to clear the way for the incursion by withdrawing troops, the White House briefly imposed sanctions before lifting them after a deal to halt the fighting and clear the Kurdish fighters from the border.

Then, two weeks after that deal, the Congressional votes infuriated Turkey once more.