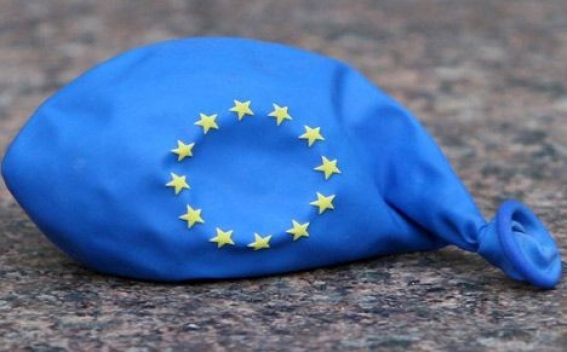 In the recent years, nationalism and eurosceptism have become more and more popular among the EU member countries. However, the radical moods reached their peak in 2015-2016, when the right-wing political movements won a number of regional, parliamentary and presidential elections in the European countries.

Especially after the June referendum, when Great Britain left the EU, the other member states began to intensively discuss their own possibilities of leaving the organization.

In Poland, the rightist conservative party "Law and Justice" winning the parliamentary elections, became the first party to rule alone after the restoration of democracy in Poland. In Denmark the right populist ''Danish People's Party'' with 21% became the second political force in Parliament and in the Netherlands far-right ''Freedom Party'' got the third place in elections.

The same situation was also seen in Greece with the "Golden Dawn" radical party coming to political arena and in Hungary with its "For a better Hungary" rightists. In Austria, the leader of the far-right "Freedom Party" Norbert Hofer even won the first round of the presidential elections in April 2016, though he failed to win the presidential race.

Interesting developments were witnessed in France and Italy. After Francois Hollande, the most likely candidate for the next president of France is the "National Front" party leader Marine Le Pen, who is known for her extremely radical, anti-EU and anti-migration views. After achieving great success in the French regional elections, Le Pen is now considered the favorite of the 2017 presidential elections.

"Europe will never be again the Europe we used to know. It will become an Islamic republic. If we do not protect our civilization, it will disappear soon," Le Pen said at one of her speeches.

Meanwhile, after Italy's Matteo Renzi resignation, the most likely candidate for the new prime minister is the right-wing "Northern League" party's leader Matteo Salvini, who has repeatedly stated that both the Italians and other Europeans should not pretend that nothing is happening.

"Stop applying your peace rhetoric. In order to guarantee the security of our continent, we should struggle against Islamists by all means," Salvini said.

Reasons for this trend

The ''right movement'' of Europe has a number of reasons. First of all, the main trigger for the growth of popularity of rightists, especially the ultra-right-wing forces, became the refugee crisis, turning particularly disastrous in 2015. The uncontrollable influx of refugees led to a great split in European society, between those committed to the ideas of tolerance and human rights, on the one hand, and those seeing security threat for Europe, on the other hand. The migration policy has become a key aspect in determining the political sympathies of European society in the elections. Right-wing parties, bringing in tough agenda restrictive immigration measures, planned to tighten border control systems ''in defense of European culture and because of the danger of Europe Islamisation''.

Thus an important factor in the growth of nationalism became Islamophobia in the European society and a crisis of the so-called ''European identity''. According to experts, European values are increasingly losing their power, and there  the "spirit of sunset" is strongly felt. Calls for the salvation of European civilization are becoming central elements for political statements of right-wing parties.

And the last but not least was 2008 socio-economic crisis that played a role in changing the political mood in Europe. Continuing with high unemployment rates, depending on the dynamics of economic developments of China, concerns about the US economic downturn, the decline in production in the European Union, suggested the possibility of a repetition of the crisis, the responsibility for which the right-wing parties placed on the ruling forces. Thus the ultra-radical movements positioned themselves as the best alternatives to current leaders.

One should not underestimate the role of the media either, with the help of which the right-wing parties became more and more popular, and which set panic among the people of Europe ''fueling'' their nationalist moods.

Although a large number of experts believe that people are just voting for rightists in order to protest against the authorities, the situation gets truly worrying in Europe, given that such intolerance and xenophobia were witnessed during 1930-s when racism and fascism emerged in European Continent...